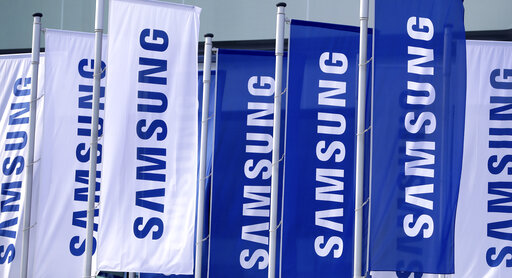 “The effects of this will not only be felt here in Texas, but will affect the whole world,” Abbott said Tuesday from the governor’s mansion in downtown Austin. “After a thorough and extensive search, Samsung selected Taylor, Texas as the location of its new state-of-the-art semiconductor chip manufacturing facility.”

Behind the Deal: How Taylor Landed the Historic Samsung Project

Abbott said the facility will create over 2,000 technology jobs, thousands of indirect jobs and at least 6,500 construction jobs.

Construction is slated to begin early next year, with the aim of starting production in the second half of 2024.

“As we add a new facility in Taylor, Samsung is laying the foundation for another important chapter in our future,” said Dr. Kinam Kim, Vice Chairman and CEO, Samsung Electronics Device Solutions Division. “With greater manufacturing capacities, we will be able to better meet our customers’ needs and contribute to the stability of the global semiconductor supply chain. We’re also proud to create more jobs and support education and talent development for local communities as Samsung celebrates 25 years of semiconductor manufacturing in the United States. “

How will the new Samsung factory affect construction jobs?

Taylor is about an hour from Austin.

“Samsung’s decision to locate its state-of-the-art semiconductor factory in Taylor is the most significant and momentous development for the local economy since the International & Great Northern Railroad first laid tracks here in the 1870s. The City of Taylor is honored to have been selected by Samsung to host this very important project and we look forward to a long-term mutually beneficial relationship between our community and the company. “

“Williamson County has again shown itself to be a leader in attracting the world’s leading technology companies. I would like to say “welcome home” to Samsung. We would like to thank Governor Abbott for his amazing guidance and help with this project. With Samsung to the east of our county, Apple to the west, and Dell Technologies’ global headquarters in the center, Williamson County is now home to the world’s technology highway. “

“We are proud to say that Samsung is still at home in Austin and that the products made here continue to be in high demand. Our 25 year history with Samsung is a cherished and never ending relationship. Samsung’s announcement of its investment is about an additional expansion rather than relocating the Austin facility. This expansion in our region will create more jobs for Austinites, create new contract opportunities for local businesses and fuel additional business growth in Austin. We look forward to working with Samsung in the future, including the opportunity to expand the Austin facility in the future. “

“Well, I think the city of Round Rock and all of central Texas will be an early Christmas for everyone. That will bring more jobs. More economic opportunities for the entire region. “

Ball went further with KXAN to see if he had concerns that the area is growing too fast due to his business success. You can watch the full interview below.

Samsung joins a long list of other large companies – most recently Tesla and Texas Instruments – that have billions of dollars in roots in the Lone Star State. According to Abbott, many choose Texas because of its business-friendly incentives.

A major motivator for such businesses is the Texas Economic Development Act, better known as Chapter 313, one of the largest economic incentive programs in the country. It enables certain companies to enjoy massive property tax benefits. These companies, in turn, pay direct fees to local school districts to offset their share of lost property tax revenues.

Samsung will save an estimated $ 250 million in taxes over the next 15 years on its Chapter 313 project.

However, the state legislature did not renew the program during the legislative period. It is slated to expire on December 31, 2022, which means Abbott would have to convene another special legislative session to make that happen.

Glenn Hammer, president of the Texas Association of Business, admits that there are many other factors that bring large corporations to Texas.

“We have no income tax, we have a slight regulatory touch. We have a phenomenal, diverse workforce, we have a great education system, we have a growing infrastructure in terms of a transportation system. We have the best grill in the world, ”said Hammer with a smile. “There are many good reasons why companies come here. And 313 is a factor in high capital intensive projects. And in a way, it’s very important to keep it going. But I just wanted to point out that it is a factor. “

How bespoke Samsung chips could alleviate a global scarcity

However, Hammer said it would have a negative impact on potential business if it expired.

“I expect it to be renewed in some form. And it would be a big problem for large capital projects if it wasn’t extended. And also the reason Texas is super competitive in so many areas when it comes to corporate property taxes for high capital investments, those taxes would be higher than in a number of other competing states if we didn’t have such an instrument. “

He estimates that chapter 313 has raised approximately $ 250 billion in Texas economic activity since it was passed in 2001.

Abbott said Tuesday he had no plans to call a fourth special meeting yet and reminded Texans that he could do so at any time. Stakeholders like Hammer expect Chapter 313 to be extended if it comes up in another session.