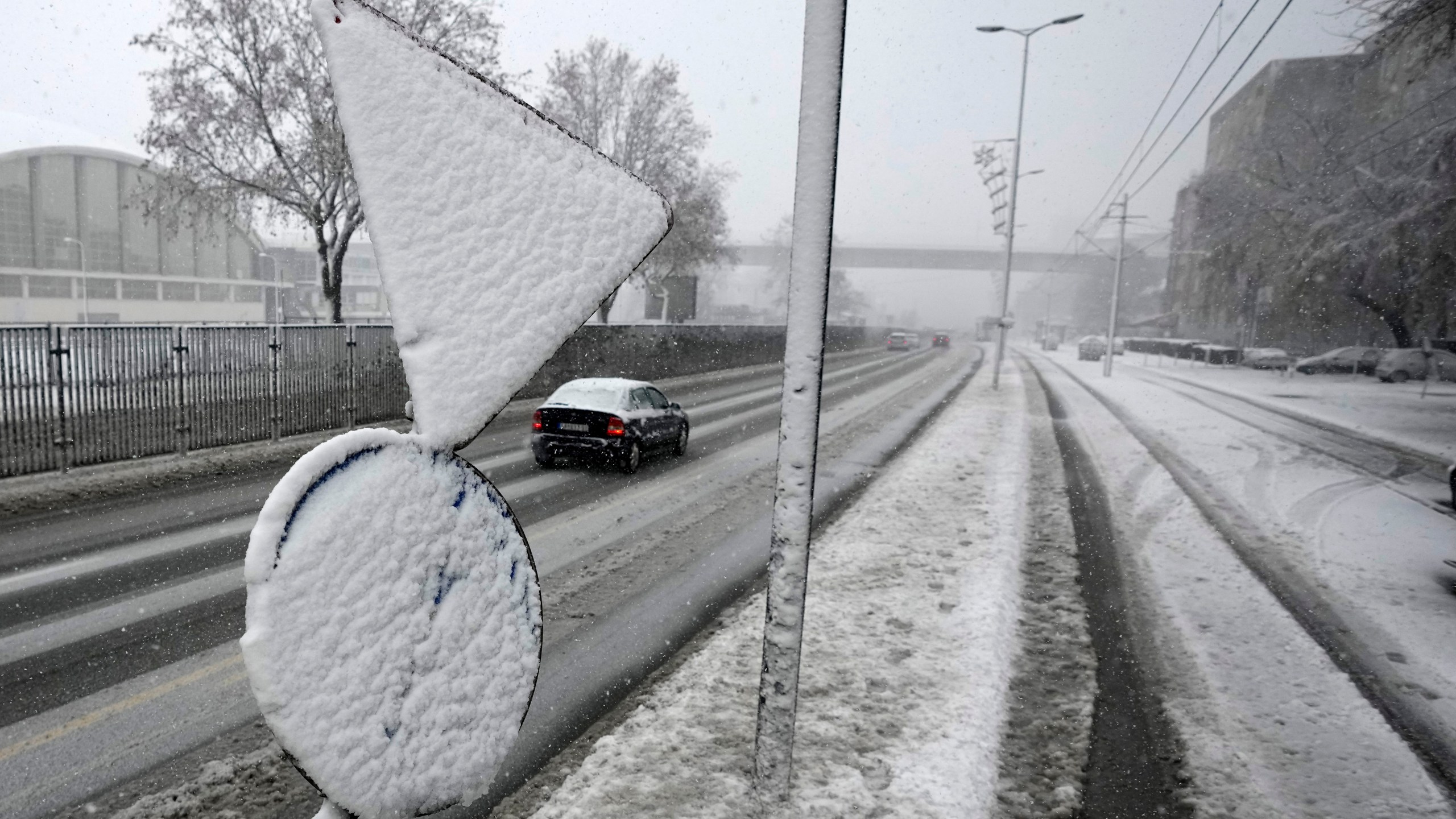 Cars on the street during the snow storm in Belgrade, Serbia, Sunday, December 12, 2021. Meteorologists predict heavy snowfall and sub-zero temperatures in the Western Balkans for the whole week. (AP Photo / Darko Vojinovic)

BELGRADE, Serbia (AP) – Heavy snowfall covered Belgrade and a large part of the Balkans on Sunday, obstructing traffic, canceling flights at the main airport of the Serbian capital and disrupting public transport.

Many areas across the country reported power outages and building damage from falling trees. In the freezing conditions, trucks skidded along the roads and got stuck while being pulled out with plows.

Much of western Serbia was without electricity as the authorities warned against unnecessary travel and appealed to the people of Serbia to save electricity.

In the capital, several trees fell under the weight of the heavy snow and damaged cars and buildings. Some people had to be rescued after being trapped in their damaged vehicles.

Several flights to and from Belgrade’s main airport have been canceled due to weather conditions and a brief power outage to the main terminal, Belgrade media reported. A highway leading to the airport was closed for several hours due to a traffic jam caused by the snowfall.

Emergency services have been helping authorities clean up all Sunday while another warning has been issued for more snow and ice.

In Bulgaria, heavy rains and floods devastated southern parts of the country over the weekend, forcing the authorities there to declare a state of emergency.

The areas hardest hit were in the Smolyan region near the border with Greece, where rivers overflowed their banks, flooded roads and flooded houses. Several trucks were trapped in a landslide on a country road.

Further south in Albania, the authorities mobilized the police, army and rescue workers to cope with the floods after three days of continuous rain and snow.

The Vjosa River in the south flooded many areas. An elderly couple who had stayed on the roof of their house in southwest Albania were rescued by the police that morning.