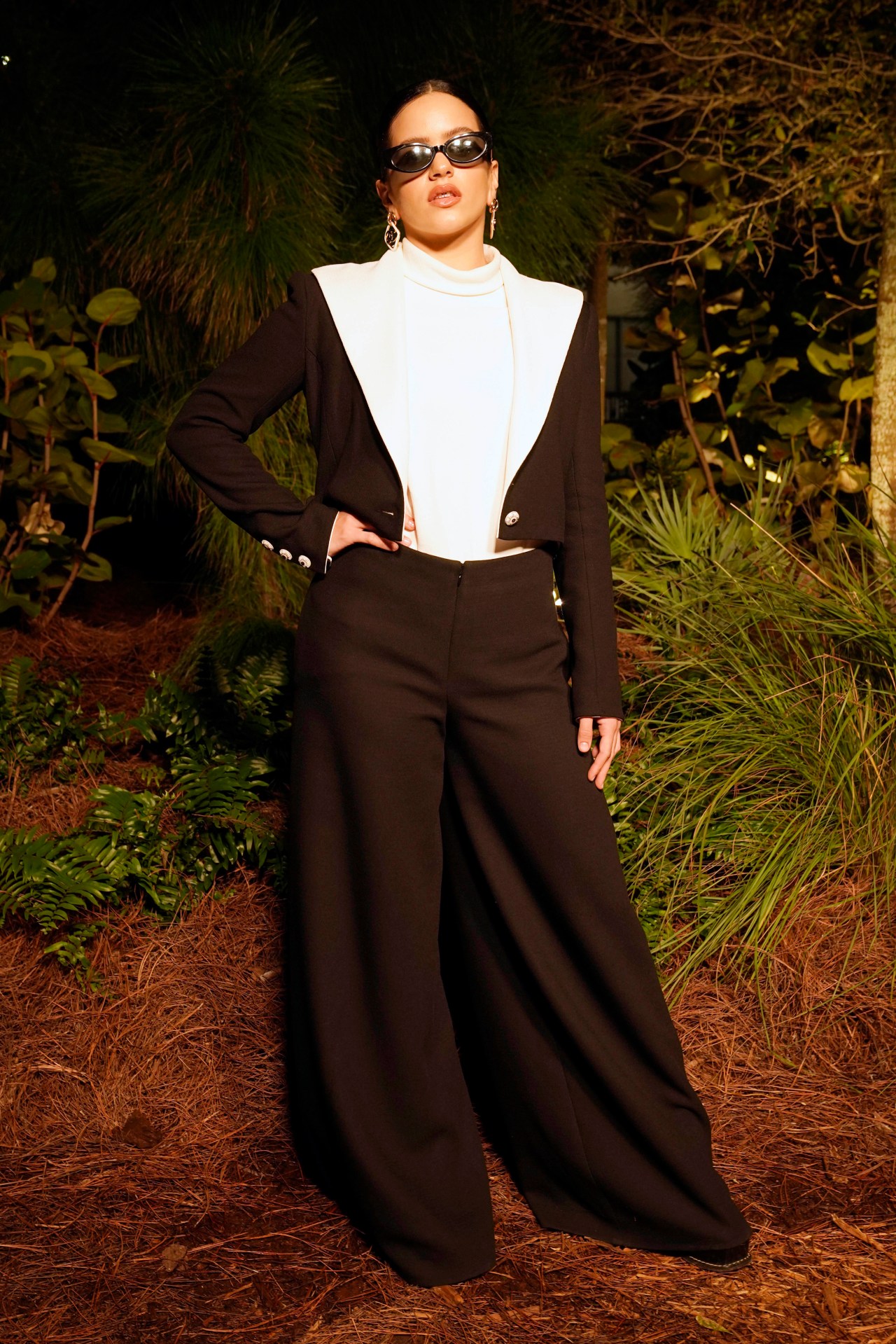 The annual event, which was canceled last year during the pandemic, is an extension of the prestigious art show in Switzerland. But over the years Miami has given the affair its own twist that has become a magnet for celebrities. Everyone from Rihanna, Kim Kardashian, Kanye West and Joe Jonas have been spotted in town.

The highlight of the week was Louis Vuitton’s first US fashion show on Tuesday. But the lavish affair in which guests were transferred to an island in a private yacht turned into an emotional tribute after the legendary 41-year-old designer Virgil Abloh suddenly died just days before the show. Kid Cudi and Erykah Badu performed at an after party where dozen of dancing red drones lit up the skyline to write, “Virgil was here”.

Fashion brand Burberry and W magazine hosted a party that was attended by models Karlie Kloss and Candice Swanepoel, as well as Camila Coelho, A $ AP Ferg and Meadow Walker.

Rosalia gave a surprise performance on Friday night to celebrate Chanel’s iconic fragrance. The French fashion house has teamed up with artist Es Devlin for a multi-sensory sculptural installation that spans a forest of over 1,000 plants and trees. Before the show, Chanel hosted a private dinner that was attended by Pharrell Maluma, Leon Bridges, Joe Jonas and the singer sister trio HAIM.

The fashion brand’s Five Echoes installation is free and open to the public until December 21st.

Cardi B performed on Saturday night to launch their new line of vodka-infused whipped cream. The rapper sprayed whipshots in the mouths of fans at the Goodtime Hotel. Offset, Mary J. Blige and Timbaland were among the guests. After the event, Cardi B and her husband Offset headed to Hyde Beach in SLS South Beach for the MAXIM party, where the couple danced as 112 performed their old school hit “Peaches and Cream.” Karrueche, Austin Mahone and Taye Diggs were also in the audience.

After hours, over 500 fans lined up around the block to watch rapper Meek Mill’s sold out show at E11EVEN. He didn’t take the stage until 3:30 a.m. Cardi B, Leonardo DiCaprio, Nina Agdal, Karrueche, Migos and Marshmello stayed for the late night performance.

According to an announcement, the official Art Basel attracted 60,000 visitors this year, but thousands more visited various art exhibitions throughout the week. A $ 4 million Banksy sale at Art Miami caused a stir, a 10-year-old phenomenon painter, and an 18-karat gold bagel avocado toast that sold for $ 2.9 million at the Rother Gallery was offered for sale.

The ultra-futuristic Paramount Miami Worldcenter even teamed up with artist Mr. Glue to run a scavenger hunt for street garbage that has been turned into valuable works of art.

And in a week when art often borders on the absurd – remember those infamous $ 120,000 pieces of anana tape – Miami’s DJ Khaled dropped “Bling Wings,” covered in 24-karat gold dust and edible diamonds, in order for to advertise his restaurant.

Swizz Beatz partnered with American Express to bring back Women in Art and commission a live installation by artist Tanda Francis at an event on Saturday night. The credit card company also hosted a private appearance by Lizzo at the Miami Beach Edition.

Dr. Deepak Chopra teamed up with Game of Thrones star Emilia Clarke for an intimate morning meditation to kick off his Metaverse For Good platform and NFT drop. At night, Alicia Keys also performed a guided meditation in which mechanical flowers hanging from the ceiling opened and closed like inhaling and exhaling. In a neon yellow dress and thigh-high boots in Superblue, Miami’s center for experiential art, the Grammy winner played songs from her new album, which will be released next week.

Even Playboy took part in the campaign to promote his new lifestyle brand, BIG BUNNY. Guests Cardi B, Lizzo and Charlie XCX attended a surrealist ball about the idea that enjoyment is a basic human right. The new collection pays homage to the artist Salvador Dal, who was commissioned for the magazine in 1973 and 1974.

Other celebrities included Adam Levine of Maroon Five and his wife Victoria Secret Angel Behati Prinsloo, who sat with boyfriend Marc Anthony at David Grutman and Pharrell’s Swan restaurant. Rauw Alejandro and Rosalia also enjoyed a night out there.

Vera Wang, who has been from Basel for many years, wore a tailor-made gray Vera silk dress, also dined in the restaurant with her fashion designers Donna Karen and Giancarlo Stanton. The record producer and DJ Diplo visited the Phillip and Patricia Frost Museum of Science with a group of family and friends.