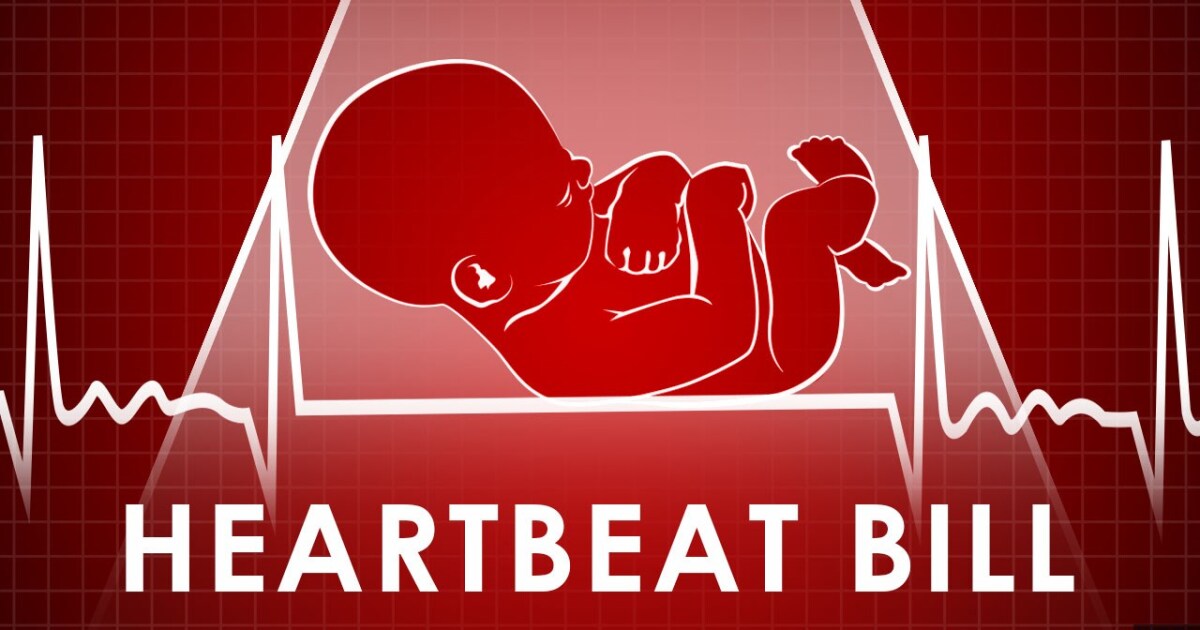 The 1280 House Bill, known as the “Trigger” law, would come into effect 30 days after the Supreme Court overturned the Roe ruling or after a court ruling or constitutional amendment gave states the power to ban abortion.

The bill makes no exceptions for women at risk of suicide or self-harm, who are pregnant as a result of rape or incest, or who have severe or potentially fatal fetal abnormalities. Women who are at risk of death or “significant impairment of essential body functions” if no abortion is performed are exempt from the Texas ban.

The bill will pass days after Governor Greg Abbott signed one of the country’s toughest abortion laws, and a Supreme Court ruling on abortion – the first of its newly expanded Conservative majority – is imminent.

It “will provide the best possible protection for the unborn in Texas if and to the extent that the Supreme Court overturns its decisions,” said Senator Angela Paxton, a McKinney Republican sponsor of the measure.

HB 1280, which has already passed the House of Representatives, passed the Senate on Tuesday and is now going to the governor of Texas for signature. It is widely supported by Republicans who at this session aggressively pushed conservative social issues as legislative priorities, from abortion to illicit handguns.

According to state statistics, more than 56,600 abortions were performed on Texas residents in 2019, most of them in the first trimester.

“This bill takes us back to the beginning, to where we were before a bunch of men in black robes picked us up,” said Kyleen Wright, president of Texans for Life, at a committee hearing.

Proponents of the “trigger” legislation say it would allow the state’s part-time legislation to quickly ban abortions if the Supreme Court ever allows it.

Opponents, however, say the ban and other abortion restrictions will simply drive abortions underground or make them inaccessible to people unable to travel outside of state for the procedure.

“I’m concerned that more people will be doing some kind of do-it-yourself – the proverbial backyard procedures that are less secure and far more likely to have complications,” said State Representative Erin Zwiener, D-Driftwood, in an interview earlier in the year Year. “I think many of my colleagues miss the fact that it is not a choice between abortion and not abortion, but a choice between safe legal abortion and unsafe illegal abortion.”

At least 10 states have passed similar “trigger” laws, according to the Guttmacher Institute, a research organization into abortion rights. Doctors who perform abortions face life imprisonment or a $ 100,000 fine after the Texas ban

The bill will be the second major abortion measure to hit Abbott’s desk.

Earlier this month, Abbott signed a law that would ban abortions as early as six weeks before many women knew they were pregnant, with no exceptions for rape or incest. The law allows virtually anyone to sue abortion providers and others who help a woman perform an abortion after a fetal heartbeat is detected. A legal challenge is expected.

Fights for access to abortion are flaring up across the country.

Anti-abortion advocates have been putting aggressive restrictions in place for months in hopes of opening a case that could reach the Supreme Court. The court agreed in May to hear a case on a Mississippi law that aims to ban most abortions after 15 weeks, with a verdict expected sometime next year.

Local abortion rights groups sued Lubbock this month after voters approved an ordinance banning abortion within the boundaries of the western Texas city.

The question of access to abortion is largely partisan and the public mood has hardly changed in recent years. According to a 2021 University of Texas / Texas Tribune poll, 54% of Texas voters oppose an automatic ban on all abortions if the Supreme Court overturns Roe v. Wade.

Nationwide, the abortion rate has steadily declined since the 1980s, which experts attribute to better access to contraceptives. The profile of people who perform abortions has also changed to focus more on those with fewer resources, said Daniel K. Williams, a history professor at the University of West Georgia. He wrote a book on the “Pro-Life Movement Before Roe v. Calf”.

Although legal abortions could “completely disappear” in parts of the country if the decision were overturned, Williams does not believe that abortion rates will decrease significantly.

People would travel to more liberal states like New York and California as they did before Roe v. Wade did. And even now, people in the South and Midwest are living in what is “almost a pre-Roe” environment, he said. Since there has been a rapid decline in abortion providers in recent years, some women have already had to travel several hours to find an abortion provider, especially if they are in a rural area, he said.

“People rightly pointed out that low-income women would be disproportionately affected if Roe v. Wade is lifted, ”he said. “Though, in most cases, they would likely continue doing what they already did, which is travel and save money or borrow money to get abortions.”

Retired law professor Barbara Hines at the University of Texas at Austin was one of several university students who helped women find abortion providers in the 1960s and 1970s.

Working in a small room in a community center across from UT-Austin campus, Hines said the group began providing information on birth control – largely only available to married women at the time – but began providing abortion recommendations when pregnant women sought help.

“We have sent women to all kinds of places,” she said. Some went to Piedras Negras, across the border from Eagle Pass, or flew to London. When abortion restrictions were relaxed in the 1960s and 1970s, others went to New York, New Mexico, and California.

“Just like medical care today, it depends on your economic situation, and it was no different then,” she said.

Roe decided against Wade when Hines was studying law.

“I remember thinking, ‘OK, now we can move on to the next issue, which is women’s rights and equal justice for women.’ I never thought we would be here today, ”she said.

This article was originally published by the Texas Tribune: https://www.texastribune.org/2021/05/11/texas-legislature-abortion-roe-wade/