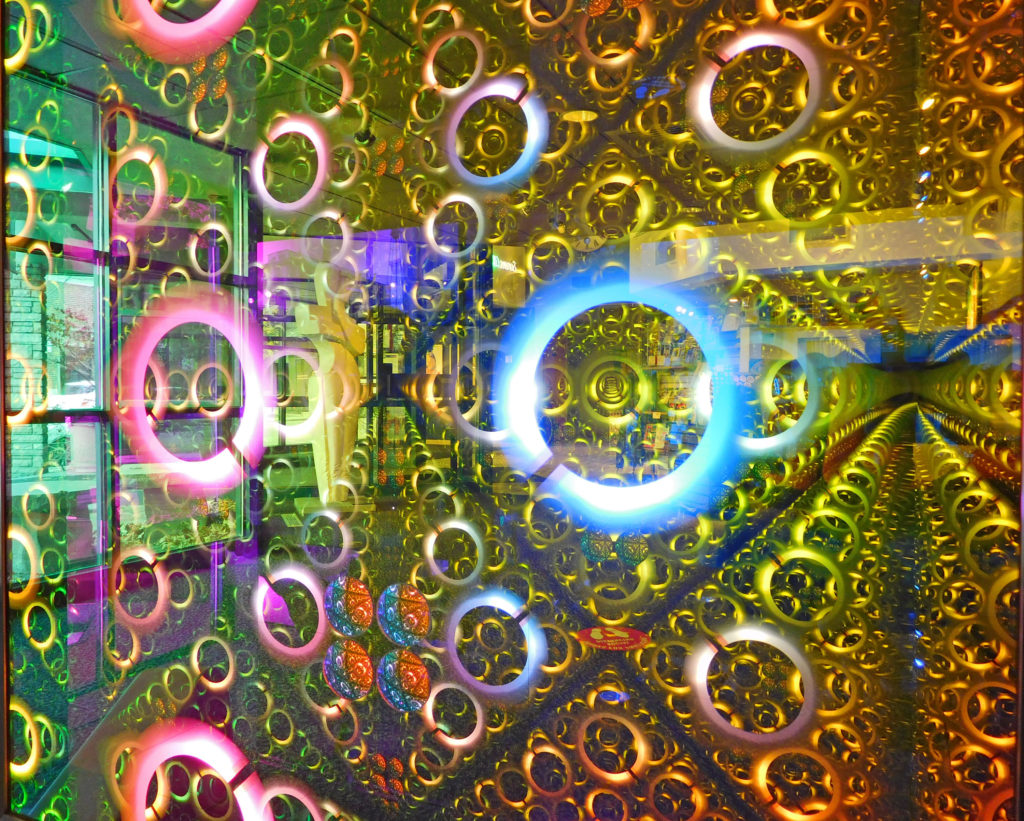 To get out of town, I persuaded a friend to take me on a quick trip to Loveland to see some art.

In particular, I hadn’t visited the Loveland Museum in a long time. It is one of the jewels of the NOCO art world. But not just for art; also history.

The Loveland Museum is currently showing “Three Series of Prints by Jacob Lawrence” in the main gallery through December 31st.

The prints cover subjects as far-reaching as the Book of Genesis from the Bible, the story of Toussaint L’Ouverture, a Haitian slave who helped overthrow French rule, and the bombing of Hiroshima. But the same thing is Lawrence’s rich, smooth color mix. 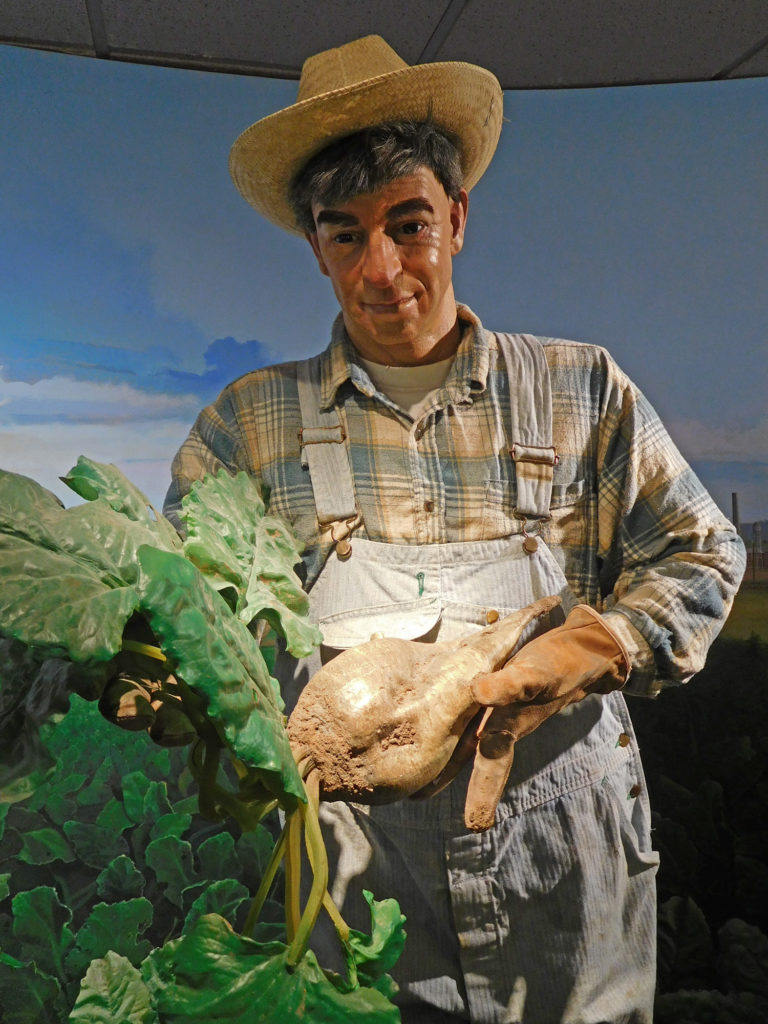 Elsewhere in the museum, you can see some outrageous collages by Colby Brumit until January 16, 2022. Also see some impressive works by Javier Flores in the Foote Gallery on the lower level. His show is titled “Lenguaje Vulgar” and will mix bright colors with captivating images until March 19, 2022.

But that’s not all at the Loveland Museum. Also included are historical exhibits exploring the region’s sugar beet history, as well as a stroll through a bygone era with replicas of a doctor’s office, miner’s hut, general store, and printing shop.

On an upper level is an impressive relief map of the Big Thompson area. Below is a model representation of the Great Western Sugar Plant.

There’s a lot to see at the Loveland Museum. I almost missed the wild beet-themed video that was playing on the wall at the entrance to the historic wing. His strange and bizarre imagery stopped me. 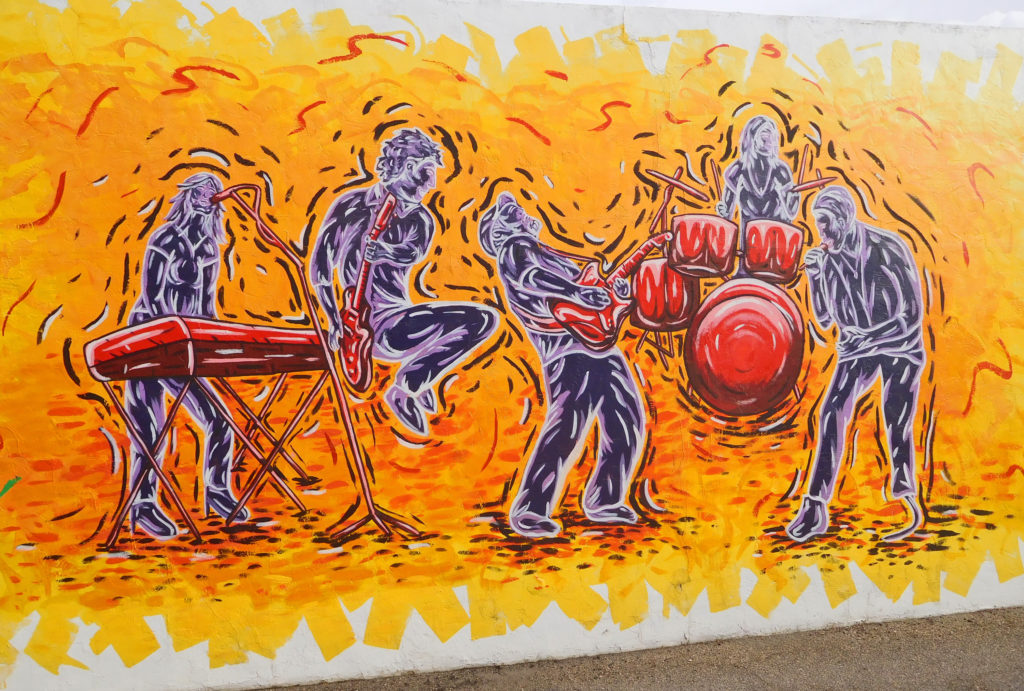 My favorite piece was very close by – a glass and light installation entitled “World Inside a World” by Ray Howlett. It’s a rather small cube that attracts with bright lights and draws you close to look inside. There is the illusion of an almost infinite space inside, a colorful “world” that changes when you change your viewing position.

After a pleasant lunch at Henry’s on 4th Street, we simply continued our Loveland art experience with a stroll. Within just a few blocks on the 4th, we encountered several sculptures, mosaics, and murals – and I’m not sure I’ve seen it all.

On one corner is a small area called Thompson Park, which has a tall relief mosaic called the “Big Thompson Collage” and sculptures, including one called “Shout,” which shows a couple dancing in ecstatic motion.

Nearby, in an alley, is a very impressive three-part mural by M. Gray entitled “A Celebration of Music – Dedicated to all the local musicians who make every city so unique”. The three sections portray jazz, orchestral and rock bands in full color and in full swing. 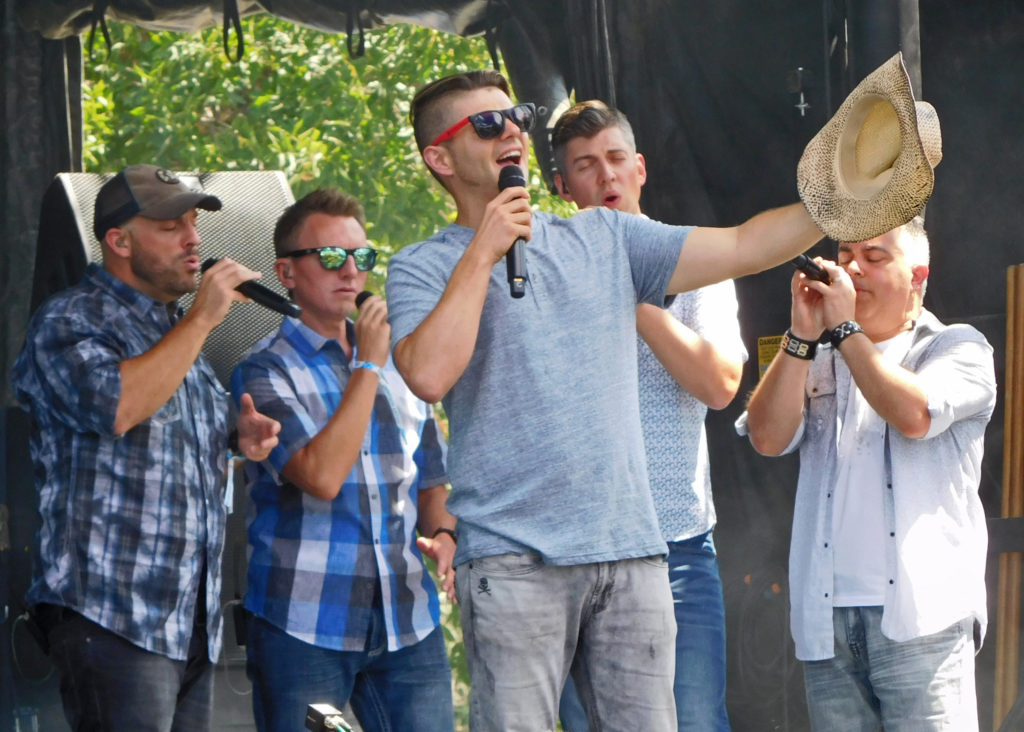 We also came across a realistic sculpture of a woman relaxing on a bench, an organ grinder and his monkey, then a contented looking frog and many other murals.

This was only a brief visit to Loveland, but there was plenty of art entertainment. This trip reminded me that I should leave the city more often.

NOCO-Restaurants: I’m a creature of habit when it comes to ordering meals in local restaurants – I now know what I like to order in each location, and I usually do that too.

That’s why I don’t pretend to be a restaurant critic and discuss the culinary values ​​of various NOCO foods. I am not adventurous in this regard.

But what I can do is just name some of my favorite places in town and I hope you will try them out. Like many areas of our life, restaurants have had difficult times thanks to the pandemic and I would like to support them.

NOCO Live Music: Santa Claus will be “Live at the Mishawaka” on December 11th and 12th – no joke, it’s on the program. 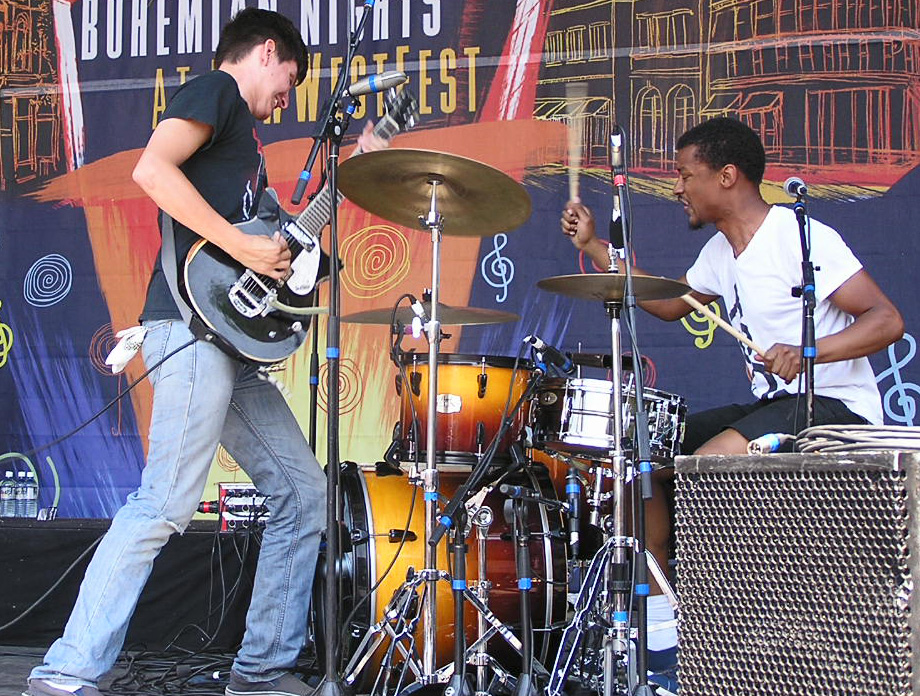 See dynamic regional rockers In the Whale at Washington’s in Fort Collins on December 11th. Also in Washington: John Craigie on December 17th and Tusk, “The World’s # 1 Tribute to Fleetwood Mac,” on January 7th, 2022, plus Fierce Bad Bowie on January 8th and Lucinda Williams on January 17th.

Also see the Matt Skinner Band at Swing Station in Laporte and the Thin Air Crew at the Aggie Theater on December 17th. Say hello to the New Year at Aggie with Head for the Hills along with Wood Belly.

Tim Van Schmidt is a writer and photographer based out of Fort Collins. Check out his channel on YouTube under “Time Capsules by Tim Van Schmidt”.

Show your support for local journalism by helping us do more of it. It’s a kind and simple gesture that will help us keep bringing you stories like this one.